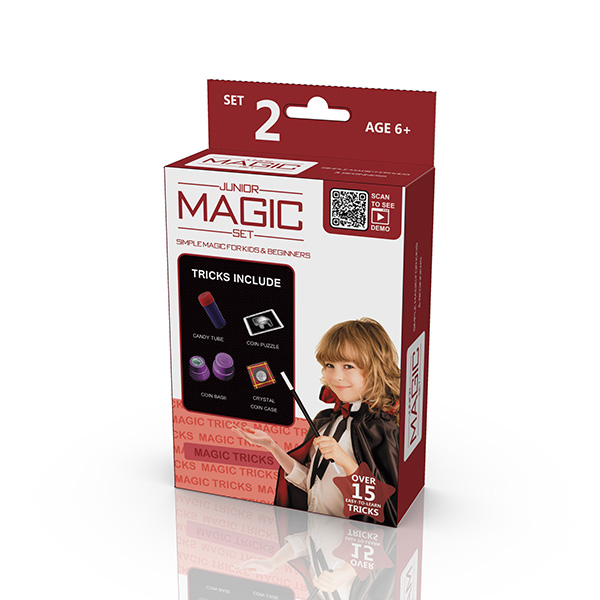 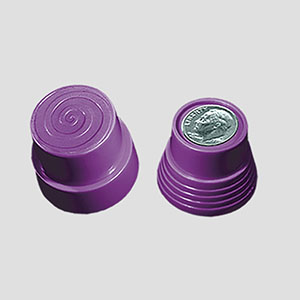 Here’s an apparatus that is more than it first appears to be. It looks like a base with a lid that covers it, but actually there is a secret extra piece that can be hidden in the lid! If you put a coin on the real base and cover it with the extra piece it will look like an empty base. You can now show the lid to be empty and put it over the base. Press the top of the lid down a little and say a magic word. Lift away the lid and the extra piece will be carried away to reveal the coin. You can say, “That’s how I make my money!” 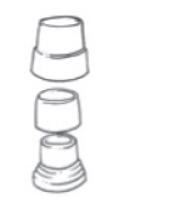 You could do the above trick, but start with a duplicate coin inside your pocket. After the coin has vanished, you say, “of course the coin has to go somewhere, check this out!” You can then show them that the coin has magically traveled to your pocket!

Your money factory can also switch coins for you! Start with a nickel on the base and cover it with the extra piece. During your performance, show a penny and put it onto the extra piece. Cover it with the lid and press down. As you do this say, “As a magician I am never short of money! All I need to do is cover a penny and say the magic word, inflation!” Lift the lid to show that the penny has miraculously changed into a nickel!

Before your show, put a penny on the base, tail side up, covering it with the extra piece. During your performance, show your friends a penny, and put it head side up on the extra piece. Say, “I can always win a call of heads or tails by magic!” Cover the coin with the lid and say, “The coin is heads up, but if somebody calls out tails I can still win with my amazing powers!” Lift the lid to show that the coin has changed to be tails up! Finish by saying, “I love it when a plan comes together!”

During your show, place one clear sheet on the table and on top of it place the small plastic frame with the circle cut out. Into the circle, put a coin. You can use a real coin if you like, or you can use the small plastic coin provided. On top of that, place the other clear sheet. Now, lock everything together with the four rubber bands provided, and if any of them break, you can use any small rubber band as a replacement. Comment to the audience that the coin is trapped inside the Crystal Coin Case. As you place the device under a napkin, squeeze it between your fingers and thumb from the sides and it will open up enough to allow the coin to fall secretly into your hand! Make sure that nobody sees the coin in your hand! Let a friend hold the device through the cloth and casually put your hand in your pocket to get rid of the coin. Say some magic words and then let your friend see that the coin has vanished! 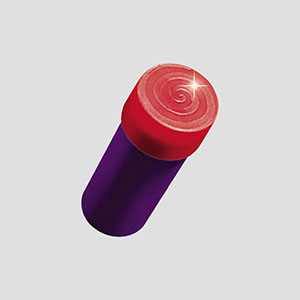 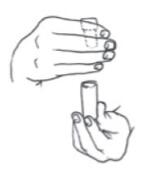 Your Money Tube is a neat magical apparatus that will allow you to make objects appear, disappear and change from one thing into another. It is made up of three parts, the cap, the tube and a secret smaller tube (insert) that fits inside of the larger one. The audience is not supposed to know about this secret insert! Set the tube with the special insert inside with the cap on top. Now hold the cap firmly between your thumb and first finger of one hand, and with your other hand pull the tube straight down. You will notice that the cap and insert are still together in your first hand. Keep your fingers around the special insert, hiding it from the audience. It should look like you are holding the cap only! Now let’s learn to do some cool magic with your Money Tube.

Before your show, put a small length of colored thread inside of the tube and then place the secret insert on top, but leave the cap off. When you are ready to perform the trick, borrow a dollar bill from someone in the audience. You will need to fold up the dollar bill so it fits inside of the tube. Tell the audience that you will now make the dollar bill vanish. Make a few magical passes over the tube and then remove the insert as you were taught earlier. Tip out the colored thread and say, “Well, I made most of the dollar bill vanish. Do you know how money has thread in it, well it seems that is all that’s left!”

You can use your Money Tube for more than just money tricks. Before your show, write a message on a small slip of paper and fold it up. It’s especially cool if this is some information about your helper such as their name or age. Hide the paper in the tube with the insert on top of it. During your show, display a blank piece of paper and fold it up. Put it into the tube (really the insert) and put on the lid. Claim that a friendly ghost lives in the tube and that he’s going to write something about your helper. Remove the lid (and insert) and tip out the paper. Let your helper open it up to discover the ghostly writing!

If you are at all worried about stealing away the hidden insert behind your fingers you can instead cover the Money Tube with a small square of tissue saying that you are totally isolating it. When you remove the tissue take the cap and insert with it giving you much more cover to conceal the stolen insert! 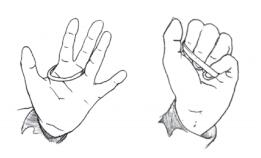 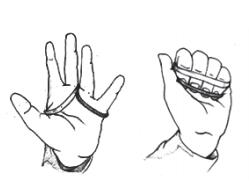